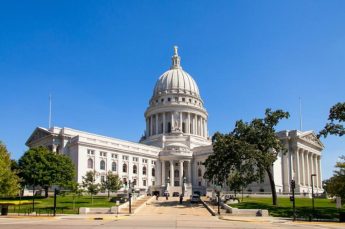 As recently as two years ago, for example, 42 states had a policy of partially or fully waiving work requirements for non-disabled, childless adults on food stamps. Today, however, just seven states are waiving these work requirements entirely and many states with partial waivers are moving to eliminate them. Now one governor is pushing the envelope even further.

Under Governor Scott Walker’s leadership, Wisconsin has already taken key steps in welfare reform. Before Walker, the Badger State had waived work requirements for able-bodied adults, but in 2014 he implemented work requirements in select areas of the state and he expanded those requirements statewide the following year.

These were important reforms. Aside from being tremendously popular with voters, work requirements are one of the most effective tools states have to reduce government dependency. Reform states like Kansas and Maine have seen able-bodied adults cycle out of welfare, get back to work (or start working more), and more than double their incomes on average. These income gains have been great enough to offset the lost welfare benefits, leaving recipients better off than they were before welfare reform.

Before Kansas’s reform, its food-stamp program trapped individuals in poverty and dependency. One individual had been stuck in dependency for four years before reform, not working at all. But after work requirements were implemented, that same individual was working and making $45,000 in the publishing industry. That’s the power of work requirements.

Now Wisconsin’s Governor Walker is making a push to expand work requirements even further and help free even more individuals from the welfare trap. Currently, food-stamp work requirements only apply to non-disabled adults with no dependents. Even though work is the single greatest predictor of the absence of poverty, work requirements don’t currently apply to parents on food stamps or to any able-bodied adults on Medicaid or in public housing. Walker wants to change that.

These reforms are desperately needed. The number of people dependent on welfare programs such as food stamps and Medicaid has more than doubled over the last ten to 15 years. Walker’s reforms would counteract this wave of increased dependency.

In his inaugural address, President Trump committed to getting Americans off welfare and back to work. Walker’s reforms will help do just that. When these proposals make their way to the White House, they may even get a helping hand from President Trump’s chief of staff, Reince Priebus — a Wisconsin GOP alumnus and close Walker ally. And if they are quickly approved, Wisconsin would be the first state in the nation to implement these reforms.

Governor Walker should be commended for these proposals which send a clear message to lawmakers in Washington (including his close friend, House speaker Paul Ryan) that states are ready and willing to reform welfare. Walker’s proposal also shows that states have innovative ideas about how to reduce government dependency and promote self-sufficiency; they just need to be empowered.

As the new Congress begins to sift through its legislative priorities, it should take note of what’s happening in Wisconsin. Not only are states anxious and willing to help lead the welfare reform charge — they’re already doing it.

This piece originally appeared at National Review Online on February 21, 2017.