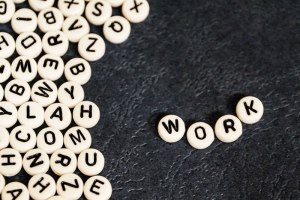 Today, the food stamp program is one of the largest welfare programs in the federal budget. And of the nearly 40 million people enrolled, 20 million of them are able-bodied adults. This surging enrollment has led to record-high spending, topping out at nearly $80 billion just a few years ago.

The good news is that there’s a proven way to reduce dependency and improve lives at the same time: work requirements. And one state is showing once again just how effective work requirements can be, as detailed in a brand new study from the Foundation for Government Accountability (FGA).

In 2015, as one of his first major policy moves as governor, Arkansas Governor Asa Hutchinson instructed his welfare agency to let the state’s work requirement waiver expire. Under federal law, able-bodied adults without dependents are expected to work, train, or volunteer at least part-time if they want to receive food stamps. But until Governor Hutchinson took office, Arkansas had never enforced this requirement statewide.

Starting in January 2016, that changed. Able-bodied, childless adults would be expected to work part-time if they wanted to stay on food stamps. Here’s what happened. END_OF_DOCUMENT_TOKEN_TO_BE_REPLACED

The state of Maine has long been on the leading edge of welfare reform. Under Governor Paul LePage, it has reformed its food-stamp program by promoting work, resulting in former enrollees’ more than doubling their incomes the following year. Maine has also worked tirelessly to find and prosecute welfare fraud, going after those who steal limited resources from the people who most need help.

These efforts, combined with Maine’s rejection of Obamacare’s Medicaid expansion, have allowed the state to make the truly needy a priority. But Maine’s not slowing down. END_OF_DOCUMENT_TOKEN_TO_BE_REPLACED

Work requirements are a critical part of welfare. Without them in place, welfare can quickly become a way of life instead of a temporary safety net. Unfortunately, states have used numerous workarounds to void work requirements in food stamps, perpetuating dependency and leaving taxpayers on the hook.

One such workaround is blanket waivers. States can get permission from the federal government to exempt able-bodied, childless adults from work requirements if they qualify for work waivers. Under federal law, states must have at least 10 percent unemployment or “a demonstrated lack of job opportunities” to qualify for these waivers, but agency interpretation of these rules has expanded them well beyond their original intent.

In 2015, 42 states were using these waivers to waive work requirements entirely. Thankfully, that trend is starting to reverse and states that are now enforcing work have seen the incomes of former enrollees more than double, more than offsetting lost welfare benefits and leaving them better off overall.

But even if states no longer qualify for blanket waivers, there’s another workaround they can use to skirt work requirements. It’s called the 15 percent exemption. END_OF_DOCUMENT_TOKEN_TO_BE_REPLACED

This was music to the ears of hard-working Americans across the country, after eight long years of welfare expansion and increased dependency. But how can President Trump deliver on these promises? END_OF_DOCUMENT_TOKEN_TO_BE_REPLACED

As recently as two years ago, for example, 42 states had a policy of partially or fully waiving work requirements for non-disabled, childless adults on food stamps. Today, however, just seven states are waiving these work requirements entirely and many states with partial waivers are moving to eliminate them. Now one governor is pushing the envelope even further. END_OF_DOCUMENT_TOKEN_TO_BE_REPLACED

Welfare programs such as food stamps should offer individuals a hand up – temporary assistance until they are able to get back on their feet – rather than becoming a way of life. Work requirements are an important part of this prescription. Without work requirements, adults can become trapped in the welfare system, which robs them of opportunity. And unfortunately, that’s exactly what’s happening in Illinois today.

Federal welfare legislation signed by former President Bill Clinton in 1996 mandates that able-bodied adults ages 18-49 without dependents must work in order to receive food-stamp benefits. These adults are required to work at least 20 hours per week in order to qualify for food-stamp welfare. If they don’t meet these requirements, their eligibility is limited to three months (in a three-year period).

Most states are enforcing these federal requirements to help these adults get back to work and free up limited resources for those who need them most. Unfortunately, Illinois is not one of these states. END_OF_DOCUMENT_TOKEN_TO_BE_REPLACED

For too long, thousands of Kansans have languished in welfare, without hope of a better life. But thanks to one simple policy change, many Kansans are now on the path to a better life.

Under federal law, all able-bodied, childless adults in the food stamp program are required to work or train for work at least 20 hours per week. But with help from the Obama administration, most states have been waiving those requirements in recent years. Last year, for example, more than 40 states waived these critical requirements, fostering a culture of long-term dependency.

But in 2013, Kansas Governor Sam Brownback bucked the trend and instructed state officials to reinstate work requirements and time limits for able-bodied adults. Within three months, half of all able-bodied adults on food stamps had cycled off the program. Enrollment is now 75% lower for this group of adults than it was before work requirements took effect. END_OF_DOCUMENT_TOKEN_TO_BE_REPLACED

Over the last several years, even as the economy has started to improve, more and more Americans have become trapped in the food stamp program, now called the “Supplemental Nutrition Assistance Program” or SNAP.  In 2013, food stamp enrollment and spending hit all-time highs.

But a new report from the Foundation for Government Accountability provides governors and legislators with a roadmap to reverse this trend. The first step: getting able-bodied adults work-oriented and eventually off of welfare.

So what’s causing the rise in food stamp dependency?

But by 2013, a record-high 4.9 million able-bodied, childless adults were receiving food stamps. Federal spending on food stamps for these able-bodied adults skyrocketed to more than $10 billion in 2013, up from just $462 million in 2000.

END_OF_DOCUMENT_TOKEN_TO_BE_REPLACED

This week, the Foundation for Government Accountability published a new report on the growing food stamp crisis:

The food stamp program is one of the largest and fastest-growing welfare entitlements in the federal budget. Total enrollment reached a whopping 48 million in 2013, one of many record highs plaguing the program. Skyrocketing enrollment has led federal spending on food stamps to more than quadruple since 2000, reaching another record-high of nearly $80 billion in 2013.

One key cause of this out-of-control spending is the recent explosion of enrollment among able-bodied childless adults. Although federal law requires these adults to work in order to receive food stamps, the Obama administration has awarded an unprecedented number of waivers to states, allowing able-bodied childless adults to receive taxpayer-funded food stamp benefits without working at all.

The problem may seem purely fiscal: food stamp spending is consuming a growing portion of the federal budget, putting at risk other critical spending priorities. But the consequences of this enrollment explosion go beyond just billions of dollars. The elimination of work requirements has resulted in more people remaining trapped in government dependency for far longer than they otherwise would, has kept more people in poverty, has stymied economic growth, and has contributed to a massive expansion of the welfare state.

The way forward for states is simple and clear. Governors should just decline to renew the federal waivers that have eliminated work requirements for able-bodied childless adults on food stamps. Doing so would reduce welfare enrollment, save federal taxpayer dollars, lift more people out of poverty, increase self-sufficiency, and spur economic growth.

The full paper — authored by Jonathan Ingram and Nic Horton — can be viewed here.