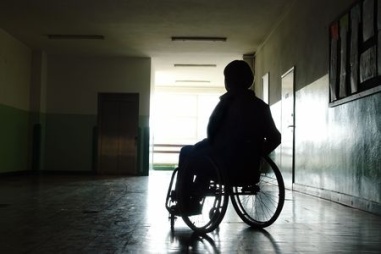 The Illinois General Assembly opted to expand Medicaid through Obamacare in May 2013. This expansion created a new Medicaid category for able-bodied adults ages 19-64 with incomes below 138 percent of the federal poverty level.

But the Medicaid program was designed to serve the truly vulnerable – the aged, the blind and the disabled – and expansion critics have long warned that creating a new welfare class would prioritize able-bodied adults and put more vulnerable people at risk by redirecting limited resources. Now, newly obtained data from the Illinois Department of Human Services, or DHS, confirm these fears.

According to documents provided by the department, 752 Illinoisans on the state’s Medicaid waiting list have died awaiting needed care since the General Assembly voted to accept the Obamacare expansion for able-bodied adults. That’s 18 deaths each month, on average, since the expansion was authorized.

According to the most recent data from the state, there are 18,701 Illinoisans on the state’s Prioritization for Urgency of Need for Services Medicaid waiting list. These are Illinoisans who, for a variety of reasons, need care beyond what Medicaid currently provides for them and have applied for additional services, such as in-home care. They are children with developmental disabilities, seniors, individuals with severe mental illnesses, and more – people Medicaid was intended to serve.

But, due to a lack of funding, these Illinoisans wait for the care they need. And while the state has been busy enrolling as many able-bodied adults as possible in the Medicaid expansion and not making the needs of these disabled and elderly Illinoisans a priority – new information from DHS shows the toll it’s taking.

While 12,000 Illinoisans were removed from the Prioritization for Urgency of Need for Services list since May 2013, just 29 percent of those cases were closed because the Medicaid recipients had received all the services they needed. The rest were closed due to death, moving, withdrawal of requests, or other reasons.

Expansion costs are also significantly over projections. Despite promises from the administration of former Gov. Pat Quinn that total expansion costs would “only” hit $2.7 billion in the first two years, costs actually came in at $4.7 billion – 70 percent higher than promised.

Near the end of Quinn’s term, Quinn administration officials also confirmed in a memo to the federal government that the state’s share of the costs would soar. Officials revised state costs up to $2 billion through 2020, more than three times as much as initially expected. And the day of reckoning for state taxpayers is almost here: Starting in January 2017, the state will be on the hook for 5 percent of the expansion costs.

All of these factors, combined with the fact that Illinois has nearly $11 billion in unpaid bills and the worst-funded pension system in the country, paint a bleak picture for the state’s truly vulnerable. If nothing changes, cuts in services for seniors, children, and individuals with disabilities may be on the table.

Fortunately, Congress may save state policymakers from their own poor choices by repealing Obamacare in early 2017. This would be a huge step in the right direction and would offer hope to Illinoisans who continue to wait for the care they desperately need.

This article originally appeared at the Illinois Policy Institute on November 23, 2016.