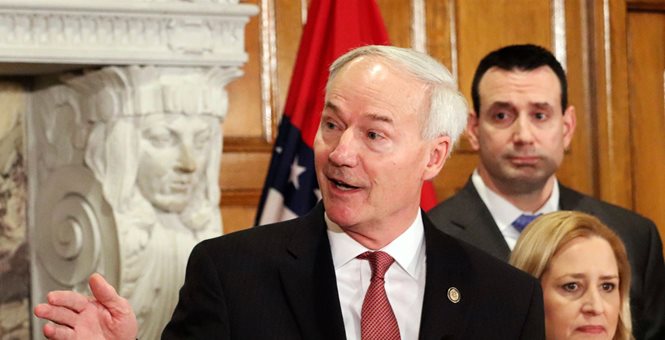 Yet advocates of perpetual welfare dependency have been apoplectic, even filing a lawsuit to move Arkansas backwards. They claim that reporting work is too complex and onerous for Medicaid enrollees to possibly understand. In addition to being incredibly condescending, this claim couldn’t be further from the truth.

Each month, non-disabled, working-age enrollees in Arkansas’s Medicaid expansion are simply asked to self-report their work activities and the Hutchinson administration has made this process very easy: enrollees can, at the touch of a button, report their work hours online, using a smartphone, tablet, or computer.

The administration has provided an abundance of tools to teach enrollees how to use this online portal, including an instructional video and a detailed presentation with sample forms and step-by-step instructions for filling them out.

(It’s worth noting that 89 percent of individuals ages 30-49 nationwide, the same ages as those currently subject to Arkansas’s work requirement, have access to smartphones—as do two out of three individuals with income below $30,000.)

The state has also created a thorough dashboard of county-by-county information, including a 33-page report that includes the location of hundreds of publicly-accessible computers across the state that enrollees can use to report their work activities.

In fact, there is at least one public computer in all 75 Arkansas counties, including every county human services office, which all provide free internet access.

Even better, the dashboard includes a stockpile of information about job and volunteering opportunities to help enrollees fulfill the work requirement, as well as transportation options. The Department of Human Services (DHS) says they’ve shared the dashboard with dozens of community stakeholder groups.

Worried enrollees won’t ever receive this information because maybe they don’t regularly use the internet? No worries: DHS sent each enrollee a snail-mail letter telling them at least two locations in their county with public computers and free internet access.

If enrollees are not technologically skilled, they can authorize a friend, family member, or someone they trust to do the reporting for them. In fact, DHS reports that all three insurance carriers who are participating in the expansion program have their own staff that are helping enrollees fill out their reporting forms. In total, there are 200 people signed up statewide to help enrollees fill out their forms.

If for some reason enrollees can’t get to the DHS office, they can dial the DHS call center, now open 14 hours a day, to ask questions and get help.

DHS is also emailing beneficiaries directly—and using social media daily—to remind them how and when to report.

And if, after all of these opportunities for help, enrollees fail to meet the reporting requirement, they will receive a letter in the mail a few days after the deadline letting them know. They then receive two months of non-compliance before they face risk of losing their benefits—and if they do, they can reapply at the beginning of the next calendar year and face no repercussions for their past noncompliance.

In short, it seems clear that the Hutchinson administration is doing nearly everything in its power to make reporting incredibly easy on folks who choose to comply—and all without hiring additional staff. But at some point—and surely we are beyond it—able-bodied adults who want to keep their free Medicaid coverage have to put forth a minimal amount of effort.

Arkansas’ work requirement itself is easy to meet. All enrollees have to do is work, get job training, search for work, get trained on how to search for work, participate in community service, or other qualifying activities for, on average, just four hours per day.

These are incredibly reasonable (if not overly generous) requirements for folks who are able-bodied, do not have dependent children, and are in their prime working years. The overwhelming majority of voters agree—in Arkansas and across the country.

As a proud Arkansan, I know many folks who have participated in Arkansas Works specifically and in Medicaid generally. These are not ignorant or illiterate people, despite what opponents of commonsense work requirements seem to think. They’re fully capable of meeting simple, reasonable reporting requirements.

Governor Hutchinson and DHS Director Gillespie should be lauded for their efforts. Because of their leadership and hard work, limited resources are being freed up for Arkansans who truly need help and other states are now looking to our state as real leader on welfare reform. That’s something we should all be proud of.

This article originally appeared on Townhall on August 23, 2018